Leaving New York, after a short sweet visit with Erin, Chris, Jack, Molly and Ryan, Melissa and little Mac was a bit sad, tinged with so much happiness. I couldn’t get Erin’s first words out of my mind when I arrived a few days earlier in Port Jeff to visit. “I’m so excited to have my hippie Aunt Kathy here!” 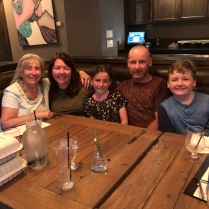 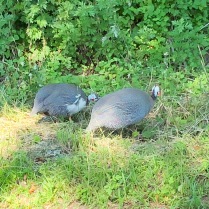 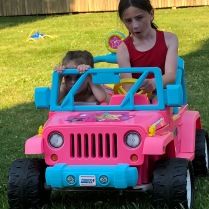 Amtrak New York City to Niagara Falls – another beautiful segment on another hot summer day. Take time to overlook the trash, junkyards, industrial zones of American commerce and other eyesores. Doesn’t’ matter which city or country. The #281 (train talk) follows the Hudson River and other water ways much of the journey. No, I don’t know all their names. I can tell you that its incredibly easy for me to sit and watch the scenery go by all day long. Every other look up is a reason to focus my camera, noting the spot on the window that’s the cleanest, with little or no glare to mess up my shot. I try to catch the little things, the curve of the hillside, angles of a barn and a fleeting waterfowl when lucky. 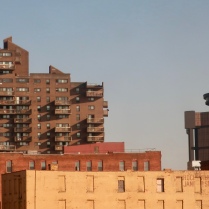 As the heat index went up outside, our train car started heating up on the inside. I don’t know if I mentioned before, but the air conditioning on the trains is usually too much for this Cali girl. It’s COLD in the coach and usually colder in the snack and observation and bar cars. Layered fashionista. In a summer of sandals and flipflops, most of my time is in sneakers and socks.

The car I was seated in started heating up as a result of some malfunction or other. Some fancy piece of equipment I don’t remember the name of. As the car ahead of mine slowly emptied passengers to their destinations along the way, the conductor announced that anyone in our car who wanted to, could move ahead to the next car that was cooler. Most everyone got up – it was rush hour – grabbing their cameras, blankets, electronics and pillows. I got up and moved from a cramped aisle seat with practically no view, to a window seat AND an aisle. Warm, plenty of room to stretch out and no more “it’s too hot” whiners in the wind.

Anyway, I called Bob and told him I was at the Amtrak train station. I could hear the Falls in the distance – sounded like the roar of the ocean. “We’re right here – we don’t see you!” I was looking around and didn’t see them either. One of us eventually asked what side of the border I was on. Laughing ensued. I didn’t know there was an Amtrak feeder station in Niagara Falls CANADA (where they thought I was). I was at the main station in Niagara Falls USA.

No problem, says Bob, just catch a cab over and we’ll meet you on the other side of the Rainbow Bridge. Okay, I say. The last cab-van was just pulling away from the station as the sun was setting. 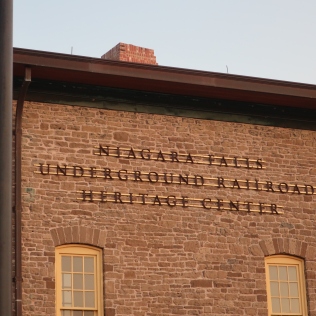 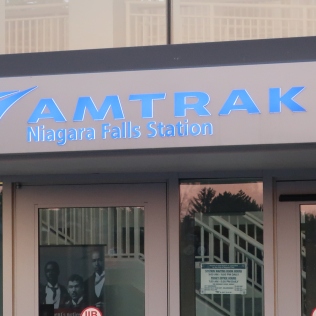 I sprinted over to the cabby and asked if there was room to join in the ride. He asked where I wanted to go. Inside was family of our – two kids, 8 and 10-ish, Mom and Dad. The mom told me in her fine Australian voice to jump in. As we’re driving to the bridge, the driver asks where we’re staying. Whoops. I didn’t know the address of where I was staying and the border people always ask that. I just knew I was meeting up with Bob and Donna.

The Mom next to me pipes up – “Grandma! You’re staying with us.” My new family and I are laughing and Dad chimes in with the Hotel name to the driver, saying to his wife, “Jumping right to Grandma is a little rough, isn’t it?” I told him that was exactly the right thing! We were all cracking up. I told them how excited I was to be spending my vacation with them and hoped they’d gotten me a suite of my own. More laughter. After crossing the border and retrieving my passport from the driver, I hopped out and waited for the driver to get my suitcase from the luggage area. The kids in the back seat yelled out, “Bye Grandma, we’ll miss you!”

The driver made out on that 5-minute ride. $25 US dollars from me and another $45 Canadian from my family on their way to the hotel. Never to be seen again.

Bob and Donna and I, through a series of brief phone calls, finally met up and were immediately best of friends. It was Sunday – Canada Day! The three of us chatted it up making our way to the Falls that were lit up in the dark night with red and blue hues  to wait for even more excitement. The roads and sidewalks and lawns of the park were packed with revelers. Noisy and wonderful. Fireworks started out on the American side of the Falls and soon enough were echoed by the Canadians.

What a fine welcome to Canada! So much more to come!