continued from Headbanger in Paradise, Part 1

“This is your bed,” I said. “You’ve got three fairly quiet roommates. You’ll be fine here.”

He looked at his roomie who was lying with his back to us on his own bed six feet away. He checked out his closet, the grimy steel reinforced window, and finally slid his hand across the thin cotton sheet. Sitting on the edge of the bed, he was hunched over, elbows on his legs, looking down. “ECT will help, right?” He looked up at me.

Electroconvulsive therapy. It was a technique we used on severely depressed patients like Frank who presented a danger to themselves and others. It was also as controversial as it was misunderstood.

I nodded. “We hope so. Your first treatment will be next week. Let’s take it easy until then, okay?”

“No, you’ll be asleep. You won’t feel a thing. It just shocks a bit, relieving the depression and voices in your head. I think it’ll be good for you.”

A week later, after three episodes of head banging and one incident of assault, I woke Frank early to prepare him for his initial ECT therapy.

The surgical suite where ECT takes place was a five-minute walk from the unit. Cardinal rule in the hospital: never escort a patient out of the unit by yourself. So Jerry, my psych tech friend, pushed Frank along in a wheelchair. Frank was more quiet than usual. I attributed it to the sedative we’d given him. Jerry and I carried on, talking about our kids.

“Is your son in the hospital, too?” Frank interrupted, tilting his head up toward me.

“Nope. He was never a patient here.”

We moved our way through a maze of bleak corridors into a shiny, brightly lit surgical suite.

Frank’s gaze landed on an old scuffed rectangular black metal box with red and silver knobs jutting from one side. Dr. Afzal, Frank’s psychiatrist who would administer the ECT, was adjusting the equipment.

The anesthesiologist greeted him with an outstretched hand that Frank ignored.

Frank stared at him.

Dr. Umbar continued. “Your first ECT treatment is today. We’re hoping to get you back home soon.”

Frank’s eyes skirted back to the black box.

“Is that the electricity? For my brain?”

“Well, yes,” I answered. “The box helps the doctor calculate just enough energy to help your brain heal itself.”

Jerry helped Frank over to the 1950s chic avocado-green vinyl bed wrapped in a ribbon of stainless steel. Frank’s tongue darted across his lips as he scanned the room.

And then, halfway onto a bed barely wide enough to hold him, Frank began thrashing about with a wildness that surprised even me. His left foot kicked my right flank. His arms whipped about. His clammy hands latched onto me, nearly knocking me off my feet.

“Stop.” I heard my own voice echo the doctor’s.

A triplet of stainless steel tables clanged onto the floor.

Dr. Umbar pressed Frank’s shoulders onto the bed while Jerry and Dr. Afzal each grabbed an arm. I moved quickly, tripping over Jerry’s feet while I secured Frank’s body and limbs to the bed with red, white, and blue Velcro straps.

Calm again, Frank watched the tip of the needle disappear into his right shoulder. 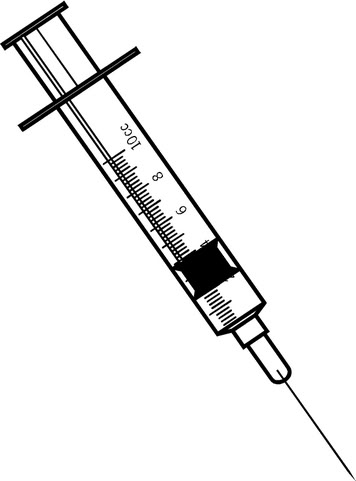 “Headbanger in Paradise” was originally published in its entirety in Untold Stories: From the Deep Part of the Well. 2016 Redwood Writers Anthology, Roger Lubeck, Editor. September 2016.

I write and I paint, I like to see what I can do with a camera. I hike and bike and go to the gym. In warm weather, I swim. I'm a listener and I read. I'm a proud member of https://www.couchsurfing.com. I'm lucky to have great friends, a large and beloved family. I enjoy my own company and manage to be happy most of the time. I love the outdoors. View more posts