It was 1967. Iris lived with her mom and brothers on the California side of South Lake Tahoe. If you were standing in her room, you’d have heard any combination of rock and roll blasting the airwaves, including, but not limited to the Beatles, Paul Anka, Connie Francis, and the Rolling Stones.

She’d graduated high school the previous summer (’66) with her class, known officially and forever as the ‘Rebels’. After a wild and crazy senior year, full of class cutting, skiing, and hot springs soaking over the Markleeville ridge, she was delighted to be finished with South Tahoe High.

Six years older than she was, Alan drove a shiny black Mustang. He had striking blue eyes. He was her neighbor. Their moms were best friends. He worked with Iris’s brother. Iris was in love.

There were times, though, when she worried. She and Alan spent quite a bit of time in the house Alan shared with his mom and brother. It was during those family visits that Iris witnessed the man she loved being extremely cruel. He criticized, belittled, and blamed his mother for everything. His behavior, his words, his rage, gave Iris the shivers. She found no pleasure in recalling her own abusive household as a young girl. Iris did what most irresponsible young women did. She swept it to the back of her head. She kept quiet.

Alan told Iris he didn’t want a big wedding. She said that was fine, though secretly, she was disappointed. Alan arranged for a few days off work. He and Iris eloped to the Nevada ghost town of Virginia City, where the Justice of the Peace married them. The courthouse cleaning lady and the bar owner next door were the witnesses. Surreal, Iris thought. In the mirror behind the judge’s desk, she observed Alan, his arm wrapped tightly around her. Iris was in her favorite pale blue blouse and mini skirt. Alan was dressed in his typical every day black slacks, white short sleeve shirt, black shoes, white socks. No friends, no smiling moms wishing Iris congratulations from the mirror.

They recited their vows. Alan smiled with Iris’s grin as he paired the wedding band to her engagement ring. They kissed. Man and wife. They were married. They hopped back in the Mustang. They drove over the mountains, down to the ocean, to spend their honeymoon on Monterey Bay.

Iris ended up sick most every day. The fog was wet. She was cold. She just wanted to go home. Awake sometimes in the dark night, she worried over a conversation with Alan’s mother in which Iris had been warned to be very careful of Alan’s terrible temper.

Iris and Alan moved the following summer – down the hill, to the ocean. Alan was set on starting classes at Monterey Peninsula College. He called around for a new job. With his experience, he easily landed a clerk position at a nearby Safeway.

Each day Alan was at work, Iris fidgeted in her rocking chair, knitting and watching the soaps. Her new friends lived on General Hospital and One Life to Live. She cried and laughed and worried with them, stymied by their lies, uplifted by their dreams.

She gathered up baby things on her walks around town. She strolled to the ocean, stepping across the pebbly sand, wading in the ice cold water, her palms resting on her swollen belly. Happy as a bluebird, she felt years away from the alcoholism-induced parental fights of her childhood. Alan was thrilled to be in college and studying again. All was right with the world.

Their little boy was born the day before Thanksgiving. It was a warm and sunny day a week later when Iris and Alan stood arm in arm, beaming down on their baby asleep in his bassinet on the front lawn. Little Ricky was 9 pounds, 4 ounces worth of perfection.

A couple of neighbors stopped by with congratulations and a handful of freshly snipped daisies. Alan grinned at the look on his petite wife as she thanked the pair. After all the effort it took Iris for Ricky’s birth, she never looked happier.

Weeks later, Alan was home studying for an exam. He usually studied at the library, but not this particular day. An hour after she’d nursed him, Ricky became inconsolable. Iris tried feeding him again. She gave him little sips of warm water. She changed him. She rocked him, sang quietly to him. At her wit’s end, she didn’t know what else to do. He cried and cried and cried.

She noticed her husband getting antsy in his chair. She wished for all she was worth that a little peace would quickly wash over Ricky.

Alan began pounding at the typewriter keys. He glared repeatedly at Iris and the baby. His red face and pinched lips churned below his squinty eyes. His shoulders bunched up like a rock wall.

“What’s wrong with him? For God’s sake, Iris. What kind of mother are you?”

He jumped up from his chair. He started trailing after his wife and baby, banging the paper-thin walls repeatedly

Alan yanked at Ricky, seizing him from Iris. He pitched his bawling helpless baby boy into the crib and smacked his tiny face.

Iris pounded her fists on Alan’s back, shoving him with her hip. He turned, gaped once at her before blasting out the front door of their tiny beige duplex, a worn-down apartment that crawled with roaches at night when Iris was up breastfeeding. The bang of the slamming door knocked Iris’s cherished lamp to the floor. Once her Grandmother’s, it shattered it into tiny shards.

Iris lifted Ricky to her bosom. She shuddered and paced, teardrops streaming down her cheeks. Her pink painted toes and bare feet scarcely noticed the cold floor. A sliver of glass pinched her baby toe. She and Ricky whimpered as they circled the room. Outside the window, she glimpsed her neighbors walking off, their heads shaking back and forth in her direction.

Exhausted, Iris and baby finally settled in the rocking chair. With Ricky asleep on her lap, the anxious young mother pondered the sunset out the bay window.

She picked up the phone to call Alan’s mother. No answer. She dialed again. No answer.

Shivering with the fog rolling in, Iris dozed off in the rocker. 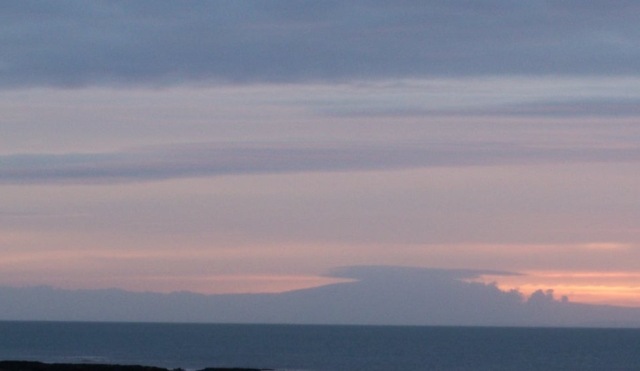 She opened her eyes in the early morning, waking from a stiff night’s sleep in the rocking chair. She flashed back to the day before. She saw Alan sitting across the room, watching her.

Ricky was sleeping, still in Iris’s arms. She stared at Alan.

She reached over and hurled their pewter framed wedding picture at him. Her hate and heartbreak filled the room. She gently got up from the chair to walk out of the room. Alan leaped out of his chair and quickly moved to her, enfolding his wife and baby in his arms.

Iris could barely breathe. It was fear that terrified her, not Alan’s strength. She could feel a deep black pit opening up inside her soul.

This is what I get for leaving the Lake, my family and friends. I have no money. What will I do now?

She jerked away from him, went in to the bedroom and closed the door.

Alan studied the rest of the morning at his desk, reading and typing. He left Iris alone. She stayed in the bedroom, thinking, crying, and caring for the baby. They didn’t fight. They didn’t talk.

At the end of the day, Iris left Ricky sleeping in his crib while she fixed a simple dinner for two. Alan apologized again; Iris accepted with sadness in her heart. She knew he felt bad. Just leave me alone.

Days later, Iris took Ricky out grocery shopping. An older lady walked up the aisle toward them, peering into the cart. Iris tensed as she watched the woman lean over to see Ricky in his baby seat. The woman peered into Ricky’s eyes, studying his tiny bruised face. The lady regarded Iris.

This was the first time Iris lied about Alan’s abuse.

The woman nodded to Iris, walking along. Iris moved up the aisle through the canned fruits and vegetables. Soon enough, she was home in her rocker, watching Days.

Years went by. Iris and Alan moved on with their life, with their marriage. They argued, he slapped her a few times. He pounded his fists against the wall. But he never hurt Ricky again. He played with his son. He obviously loved him and was proud of him.

Alan continued with college and working. Iris got pregnant again. They had a second little boy, Teddy. Alan was supportive – most of the time. Iris was thrilled with her birthday present, little Teddy, born days before her 22nd birthday.

Over the next couple years, she happily watched her little boys grow into best friends. Feminism, in the shape of Ms. magazine, in the songs of Helen Reddy, danced circles in Iris’s head, fueling her heart. She was becoming her own woman. A fierce streak of independence, a bit scary at times, blossomed inside her.

She and the boys spent hours at the beach, digging in the sand, playing in the water. They walked to the park, or visited her friends, not friends of Alan’s, while Alan worked. Sometimes she got a babysitter so she could go out with her friends without the boys.

Alan didn’t like it one bit. He yelled at her, he slammed doors. They argued more and more. She was growing tired of Alan and the drama. He was feeling the same way.

One late summer afternoon, Alan was getting ready for work. He started yet another argument with Iris, yelling at her, fussing and fighting over some bill or another. It was money that usually set him off.

This time was different, though.